I enjoy bottles of Purdey's. It's a multivitamin fruit drink which I pay a bit more for, for for a drink whose effects are probably no better than normal fruit juices... But I like it though! Plus it calls itself an "Elixir" and ever since I first played Final Fantasy XII many many years ago, I've always been a sucker for an elixir!

I was thinking the other day that if I felt so inclined I could add a bit of rum or vodka to some Purdey's and make it an evening drink rather than morning drink. I tell myself because it's got extra vitamins, it must be better than having a vodka & coke for example.

Now there's plenty of vitamin drinks out there, but I've started wondering if you could actually brew a multivitamin beer?? 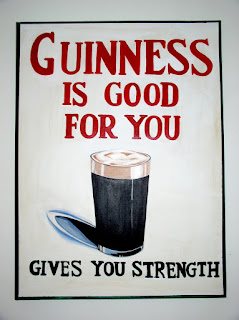 Before anyone starts though, I know that beer is horribly horribly bad for you and that there's "No safe limit" to drinking, so I'm not pretending that anyone try make any claims that beer could be good for you. Oh, heavens no! Daily Mail save us!

Joking aside, could you make a multivitamin beer and not label it as being good for you, just add the extras on the ingredients list..? There's plenty of beers with caffeine in them.  Hell, Erdinger Alcohol Free advertises itself as an isotonic drink. I know I get a better (most probably false) sense of well being from drinking Purdey's so why not get that from beer too? (It's probably all the placebo effect if we're being fair)