Flavour In A Bag

I recently was told of an article which sees an interesting if not bizarre new gadget (I'm not sure what else to call it!?) in the beer world.

Hop Theory have come out with what is essentially - beer tea bags. A bag of three ingreidients; Cascade hops, coriander seeds and orange peel are all packaged up in a bag (not sure exactly how you'd trademark that!) which you can pop in your beer to steep some more flavour into it. It's apparently a "solution for lackluster brews" - something that you'd stick in your glass of mass produced lager to make it taste a bit better than dirty dishwater I guess.

I have two thoughts on this product. Firstly the people already drinking crap beer aren't going to give two monkeys about making it taste better, and secondly people who do want beer with actual flavour aren't going to be buying these things, they'll be buying better beer! I know I won't want to be giving my money to the bigger companies and making their beer taste better instead of buying good beer from people who are passionate about making it..

Now there'll be people that say it'll make cheap Lager taste great, and it will still have lower calories than a 'craft beer', lower abv, be cheaper and all the rest.. but I do wonder how much these bags will cost, even if you can reuse them 4 times!

All that being said, I still actually would like to give it a go!

Small time non-starter fad, or trendsetting way the beer world is moving towards??

Check out the article here and judge for yourself:
Posted by Ghost Drinker at 13:37 No comments:

Power Of The Negative 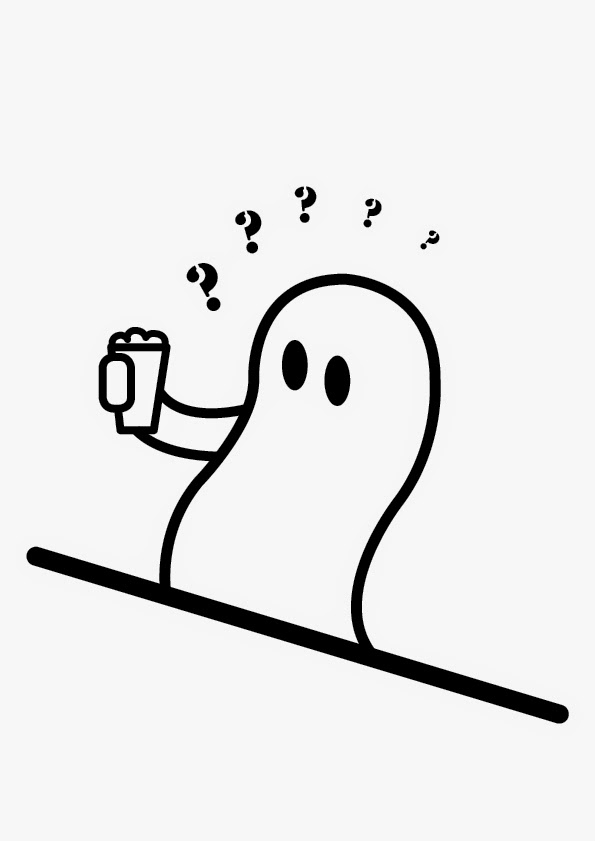 Giving a negative review of a certain beer or brewery is probably something we've all done, be it either on twitter, blogging or just in general conversation.

It's easy to do, and some of the time it can be quite fun! It carries no sense of responsibility from the person, or possibility of recoil done anomalously, and at the same time gives that person a sense (possibly a false sense) of power and authority over anothers product.

So why do we do it? Well there's many answers to that question, but I bet the question that you're all thinking right now is WHAT BEER AM I DRINKING AT THIS MOMENT???

People love a bit of juicy gossip. I think it's just a part of human nature, but the thing I find really interesting is how negative gossip can effect people. They say there's no such thing as bad press, and I think there is a lot of truth to this.

If someone I know, who really likes their beer, knows their stuff and doesn't bullshit the truth - if he tells me he doesn't like a beer he's tried, I'm not sure what it is, but I need to try that beer!

Maybe that's so I can agree, tell him he's wrong, or whatever - but I still want to try the beer.... If people are drinking a similar thing and everyone is just blowing smoke up it's arse, how boring is that? If you don't like it and everyone else does shouldn't you say something? But at the same time, you might be afraid to disagree with everyone else in fear of your thoughts being rejected as ludicrous.

I think a lot of people are so afraid of getting bad press that they completely miss the fact that it could be good for them in the long run! On the other hand, if you weren't completely convinced in your own product, you wouldn't release it for public consumption...
Right?

I think the question of why we're drinking beers that make us feel this way is another topic all together though...