That Type of Weather!

It seems winter is on the war path at the moment, with Leeds seeing it's fair share of blizzard conditions today. Let's just say it made our regular beer delivery rather interesting...! That being said, one of the advantages of January is snow, and that means beer snow cones! 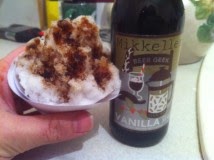 I'm steering clear of the Belgian fruit beers this year, as they just weren't sweet enough for me. I'm sticking to the tried and trusted: The Imperial Stout. And one with a lot of flavour too! A 13% Imperial Oatmeal Stout brewed with copious amounts of vanilla and coffee :)

This was a good choice. The high alcohol wasn't fazed by a little bit of an ice addition. Massive flavours of icy vanilla dominated the palate just like the first big gulp of iced coffee smothered in a chocolate and vanilla frosting. While I enjoyed the cone, I couldn't help but feel that this one (like last years) just didn't match up to the original Bourbon County Stout snow cone I made.

I shall have to keep trying I guess. Till the thaw occurs I'm going to try enjoy this brief flurry of powder. I probably only say that now as I'm typing this in front of the fire eating Guylian chocolates with the rest of this 13% beer... What a match!!
Posted by Ghost Drinker at 10:33 No comments:

Reading Boak & Bailey's post this morning got me thinking about something I heard about the other day..

Big takeovers by multinationals of breweries is one thing, but the other side of the coin is big breweries taking over distribution rights for other breweries. This is something that's happening in the UK right now. A lot was said when Brewdog became the sole distributor for Mikkeller beer in the UK, and it now seems that they're now the sole distributors for Stone beer too.

The thing I heard though was that James Clay have given up the selling of Goose Island and the distribution of such beers has gone to Green King. This will no doubt have it's good and bad points..

On the one hand it's good that Green king are going to be able to use their money and influence to get Goose Island beers into the hands of consumers who have probably never tried them. And probably for much cheaper too.

The thing I'm most sad about personally is they've cut down the range of beers to Honkers, 312 wheat and the IPA. This means no more Matilda, no Pepe Nero, no more specials, and probably most damning of all - NO MORE BOURBON COUNTY STOUT!

If this means that I'll have to go the supermarket to get some Goose Island I guess it's not that big a deal. At the end of the day, we won't be able to stock it at Beer Ritz, but that does free up space for a new brewery!
Posted by Ghost Drinker at 07:33 1 comment:

Go Back To School

There's a building on what's probably the outskirts of Headingley, just a stones throw from Hyde Park (not the one in London, we're taking about the greatest city in the UK here - LEEDS, haven't you been told..) It's a very nice building too, and while it's seen better days at the moment it's not the fault of the building itself. 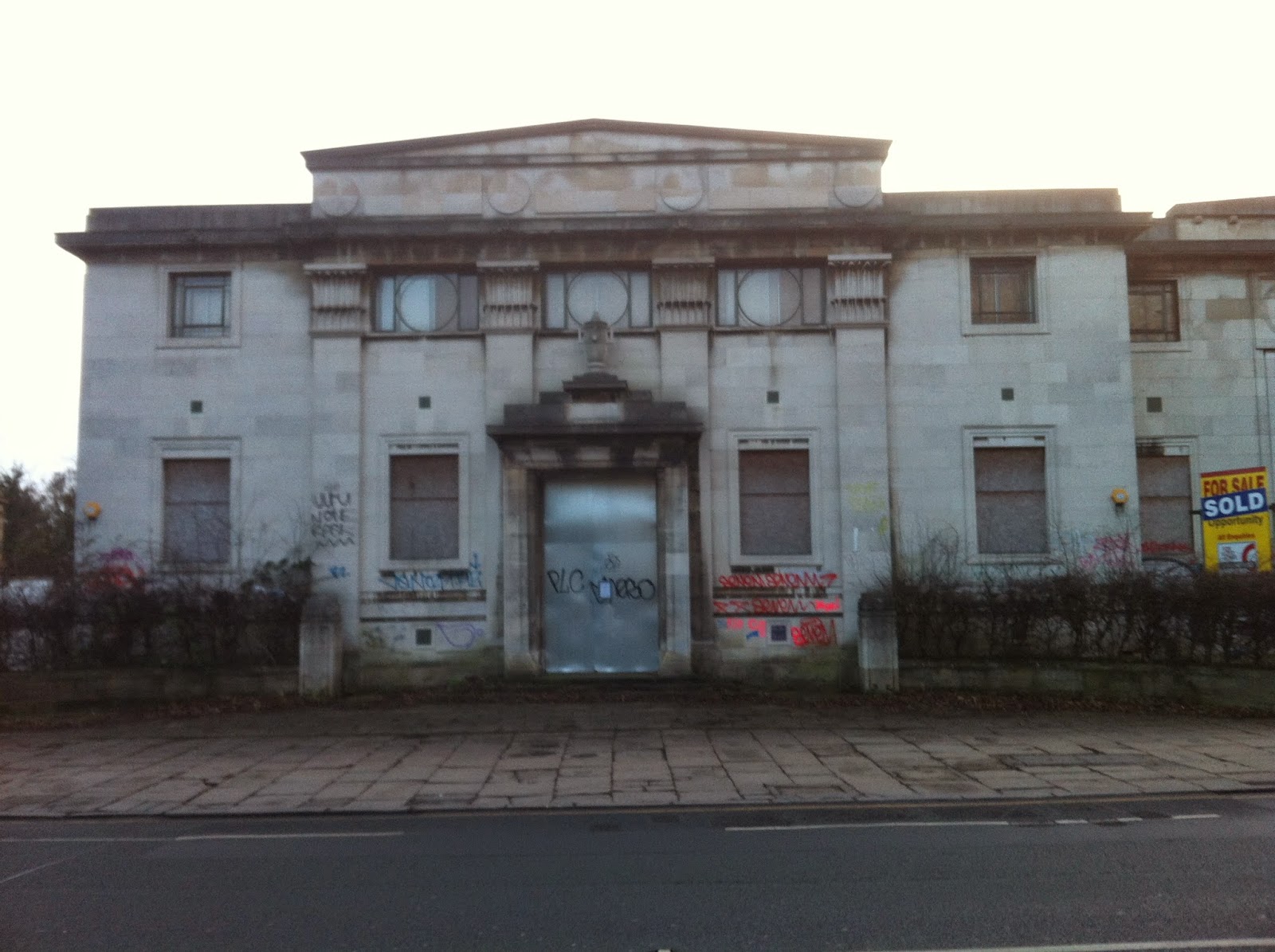 I like this building. If you live in Headingley you pass it all the time. It stands proud, atop the hill, while not imposing on it's surroundings.

This building used to be part of a school. Unfortunately, like most of the school buildings in this country, it stands unused, empty, and closed to children who are in desperate need of some teaching. If I had taken this picture a couple of years ago it would have been a lot different. Solid wooden doors, white -graffiti free- stone walls, sparkling clean windows, trimmed and neat gardens. But it's closed, and now looks like it's seen better days.

Why should any of this matter though? It's not about beer!

Well... It's going to be a Weather Spoons.

Yes that's right, they've bought the building. Where once kids learned maths and took English tests, they'll one day learn how many drinks you need before you puke and all about test-tube shots. Does this matter though? Well not unless you live around the area. Like we really need another pub along the infamous Otley Run. Like we need another Super-Chain bar coming in and squeezing all the little guys in Headingley's centre. The biggest issue I take with this though is what's directly opposite the building; 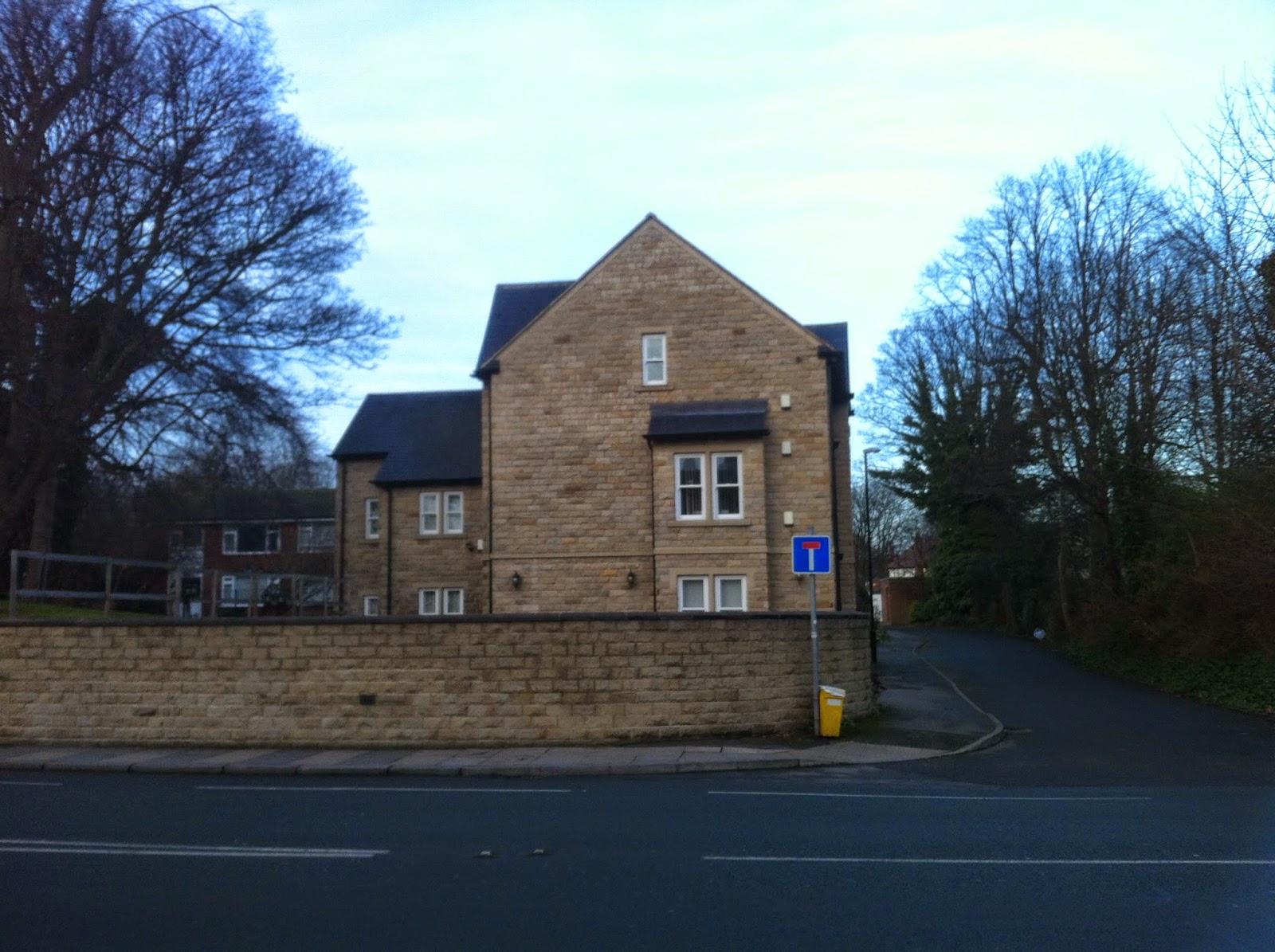 I don't care how many 'craft' beers you claim to sell, these people - who live literally over the road, are going to be pissed!

Now I know it might take them a couple of years to turn this place into a functioning Weather Spoons, but I truly am going to loath the time where there once stood a proud building and it's soon going to look like this; 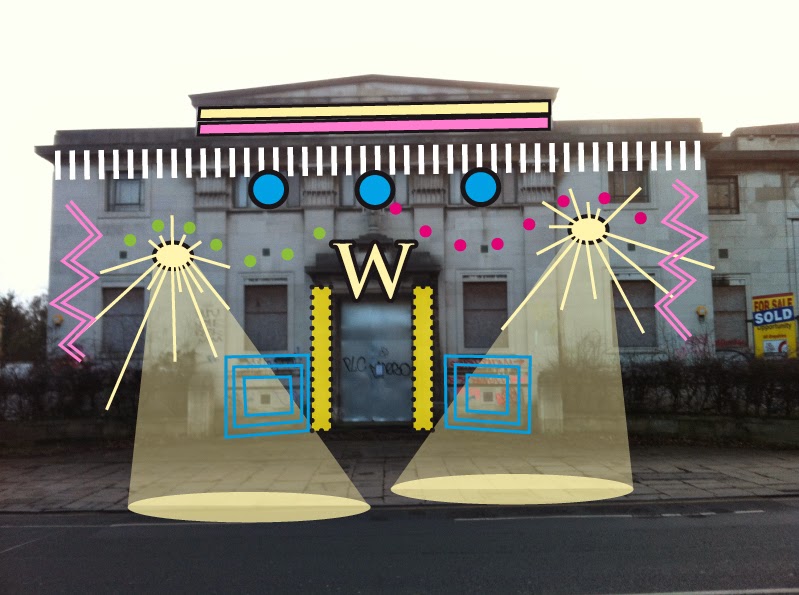 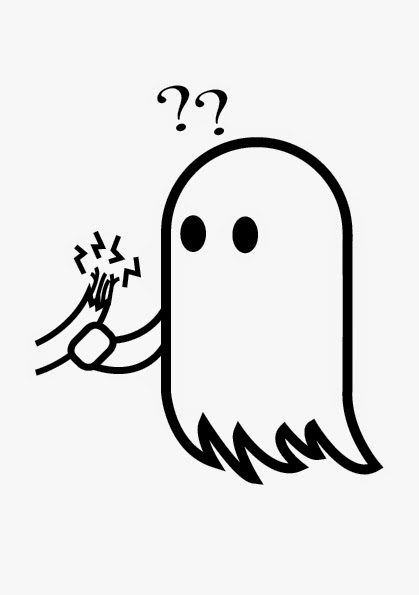 Working in the off trade has it's ups and downs. 99% of the time the downs are compromised of technical failures. You really don't know how utterly dependent you are on the internet until you lose it. Well we didn't anyway. Our internet was down for around 24hrs this week which threw our regular routines into a bit of confusion.

We got a new Epos system installed with our referb a couple of years back and to use the till system requires the internet. It does not necessarily need the internet to put through sales, it just needs it to turn on and off as it needs to sync data to some sort of cloud ridiculousness. Now when our internet went down luckily the till was already on, so we kept trading and kept the till on until the problem was resolved. This was very quickly, but during that time I couldn't do much else. I couldn't invoice stock, change prices, hell, I couldn't even put new bar codes on the system!

Things like this are nothing new to us at Beer Ritz. Just last year in fact we had a complete power failure for the whole shop in the middle of a busy Saturday. For a few hours! We managed mind. We busted out the phone camera torches, the calculators and worked with a basic open till system and wrote everything down. Shame we didn't have an abacus at the time really!

It does make you wonder how dependent we are on technology though these days. Now I'm not going to go into some sort of Bear Grills survival situation crap here, and heaven knows I'm no luddite, but I do think we need some form of fail safe. It really got me thinking about the brewing industry. You see all these new fangled brew houses with their automated brewing systems, and you have to wonder how dependent they are on human interaction.

We're in the middle of winter. Let's say a tree falls on some power lines outside a brewery and cuts off their whole power. Let's say they're right in the middle of a brew and need the computers to finish.. What do they do? Is that whole batch destined for the drain? This is all hypothetical mind, and I'm sure most places would have plans in place (hopefully!) but it's still something that caught my mind today and is something that deserves some thought.

And with that in mind, a little bit of time without the internet really didn't seem to be such a huge issue. After all, we could still sell beer.... Problems only become major when you can't do the things you need to. Not being able to invoice would be a problem, but not being able to sell beer would be a major problem.

Defo need a beer now though... I frickin hate technology!
Posted by Ghost Drinker at 14:01 1 comment: