We've been having discussions in the shop recently about a phenomenon which I'm going to call Dark Lord-itis. We feel that some breweries are making one off beers and creating such a hype about them on social media that by the time they're put on the shelves they're already sold out! And some of the time these beers in question aren't even very good! (but that's another blog all together..) 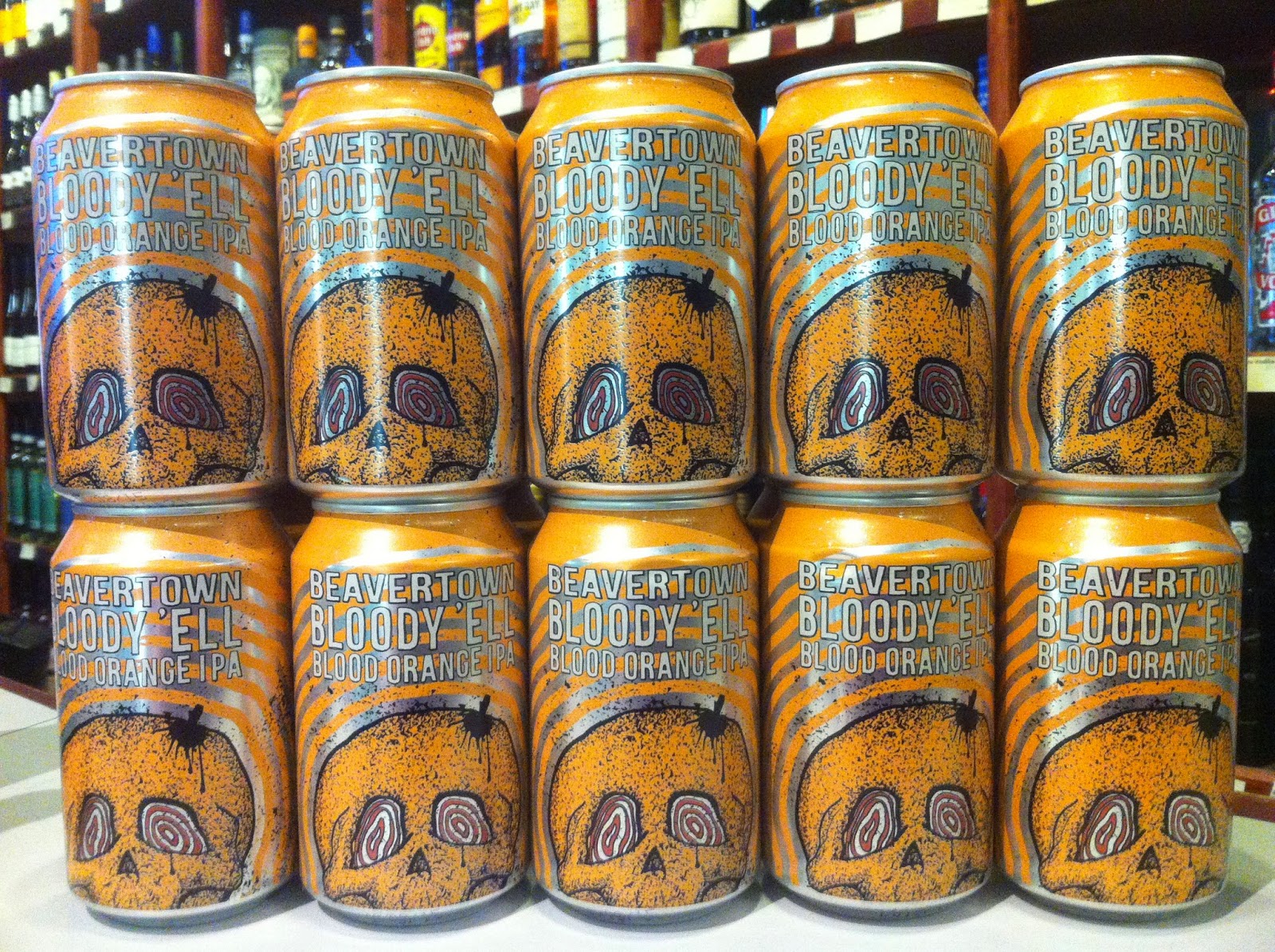 A current example I can call on is Beavertown's Bloody Ell Orange IPA. We had people asking us for this beer over twitter weeks before we got any in.. It's a beer we got in yesterday (Thursday) and in under 20 hours we sold out of all three cases we received. More are coming, but they won't last long. That's 72 cans, if you look at our five best selling products (not just beers) for those twenty hours it seems pretty ridiculous;

These are our five best sellers for the past twenty hours in a shop that has around 1000 items. Just let that sink in....

Another few breweries that have had a similar beers pull at people's heart strings only just recently are as follows;

I'm sure there are plenty more but don't even get me started on Thornbridge X which will be hitting our shelves next week. People have been asking after that for over a month!

The thing is I've not really come to a conclusion if Dark Lord-itis is a good thing or not.. I guess time will tell. If there is one thing I know for absolute certainty though, it's this - If you're going to make a limited edition beer, there will always, always, be some people left disappointed.

I think a future blog post will be focussing on when exactly did the hype created by twitter outweigh the quality of a beer...
Posted by Ghost Drinker at 13:47 5 comments:

After dabbling back in blending beers again recently, it seems I'm not the only one.. I've been inspired by Boak & Bailey's Orval blending over the last few weeks and thought it time to try one of my own, so here goes! 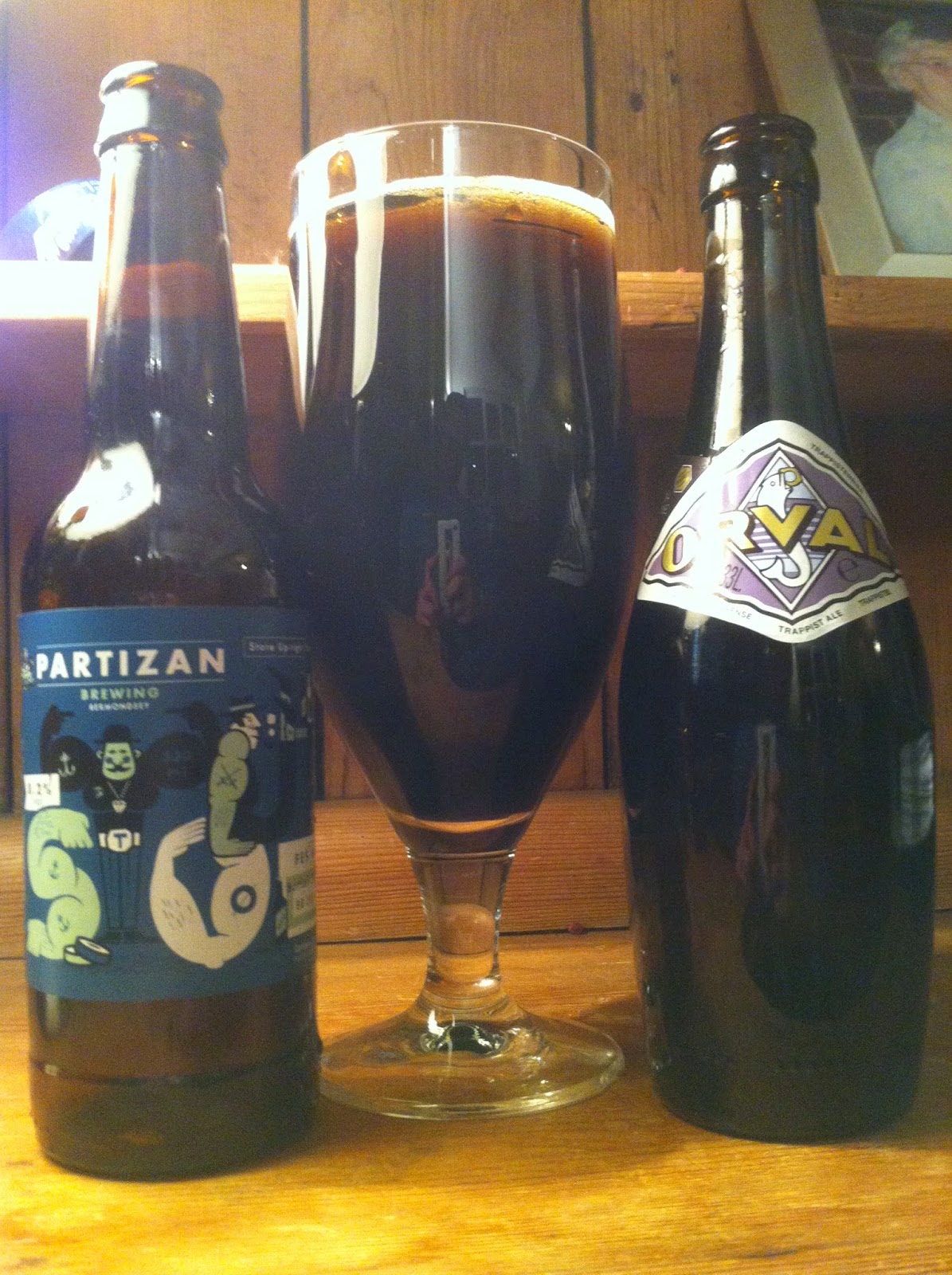 You'd think a big punchy 8+% Stout would dominate the meager comparison of Orval's 6.2%, but it seemed to do the opposite! The sweet hay like Bretty flavours were really at the forefront of the drink, and the big roasted Stout flavours came in the finish.

You get all the flavours of Orval, and they are complimented by a big boozy, roasted punch in the finish. This could be because of the heavier nature of the Stout and it sinking a little beneath the Orval.. We'll have to see at the end of the glass!

For now though, I'm thoroughly enjoying this mix and am thinking of others I could do! After all I do work in a place full of possibilities....
Posted by Ghost Drinker at 14:37 1 comment:

It's been a while since I did any beer blending so I thought it about time I put down some ideas. If there's anyone out there who says blending beers together is heathenistic well I can only note that it's been common practice in this country for a few centuries now, so get off your high horse... Mad Hatter brewery have been around on our shelves for a while now, and it's good to see them still churning out the good and interesting stuff. This black n tan was a creation of immense proportions. Rye IPA supercharged with Columbus hops meets the eight robust and complex malts of one hell of a porter! These two just work so well in a glass together it's actually rather amusing to me! It has it all, it starts off with the clean citrus, grassy style hops which are so dominant in US beers. It then moves to a big caramel malts and burnt sugar sweetness which is perfectly balanced against the yang of rye spice which creeps in the background. The roasted porter flavours are present all the way through, but they don't linger. They just melt away in the finish and you're brought back to  the clean citrus bite which makes you want more.

You need to try this. 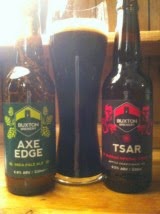 My next mix of the night was from Buxton. These two beers just seemed so damn obvious to blend I was mad at myself for not doing this months ago! Axe Edge with it's hoppy glory, and Tsar Imperial Stout, famous for tearing up rule books of how to make beer. This was another blend that was just too good! I mean really so good I can't put it down. That being said....

(that could be the 4 strong beers in quick succession talking..)
Posted by Ghost Drinker at 16:22 No comments: