Time To Go Back To The Drawing Board? 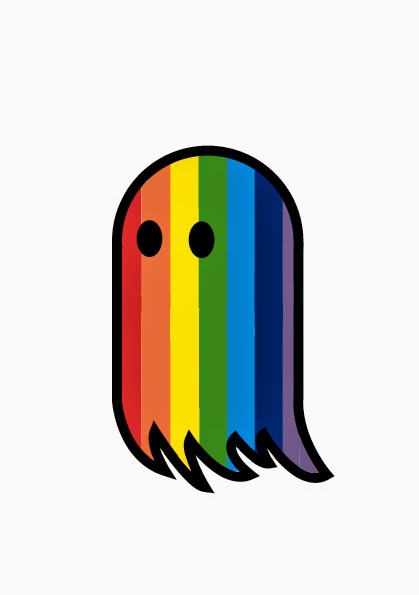 I've been away from the keyboard for a couple of months now.. I guess that's what happens when you get put in charge of the best beer shop in the WORLD!

Enough of the melodramatics though, it's time to jot down some recent thoughts I've had about beer!

I'm sure we're all aware of the Rainbow Project beers that have come about recently. 14 different breweries, 7 different beers - looking at the list of who was involved a few weeks ago I was sufficiently excited. Now I managed to get down to North Bar when they had all 7 on draught, of which I had a third of each beer. I can remember back to the night and feeling very disappointed with the offerings. I thought about it again on Monday and thought maybe I was being a little unfair. I decided to grab a bottle of each and give them a proper evaluation to see if it was just the small quantities I had or something else that put me off the beers that night. Over the past few days I've been working my way through the range of 7, and here's my honest reactions.

Red - Pogonophobia - Magic Rock/Evil Twin
A 7% Belgian Red Ale
The aroma on this comes across very strong, lots of wild redcurrents, cherry flesh and a touch of oak - a bit more like a red wine than a beer. It's very complex from the get-go, very drying, good tart flavours, but I'm finding it very thin. It just loses it's flavour very quickly and you're left with a long drying vegetal note alongside some tartness. The issue I think with this beer is that it's a interpretation of a Flanders Red ale, but only aged for 8 months! It's too young, Flanders beers are aged for years! Orange - Rainbow Saison - Beavertown/Naparbier
A 9% Saison aged on Jerez barrels
This one really left me stumped. It smells quite good, if you like the smell of wine... White wine grapes dominate the aroma. Huge on the oak and wild green leaves, there's also a touch of pepper lying around under the wet hay. It's a very fruity beer in the body, but it's incredibly unbalanced, I can barely manage to pick anything out individually. You get left with a very long lingering toffee apple and melon flavour and quite a sickly sweetness - possibly from the Jerez barrels? Not something I was a fan of...

Yellow - Yellow Belly - Buxton/Omnipollo
A 11% peanut butter biscuit Imperial Stout
I get the peanuts, I get the biscuit, but all I can really smell is Baileys... And the taste? A lot like Baileys too... Some harsh alcohol in the finish. That's all I can really say about it. Baileys.
It's the packaging that really gets me though. I get the name, I get the idea - yes, being prejudice is a dick move, and doing it anonymously is cowardly, but why dress the bottle like a KKK member?!? It kind of feels like someone saying they're really against burgers but wearing a Mc Donald's t-shirt...


Green - GJH Double IPA - Hawkshead/Lervig
A 7.5% Double IPA made with green juniper & hemp
The aroma you get on this beer is like grabbing a handful of hop pellets, and crushing them in your hand. Big on the piney resin, lots of toffee, huge hop oils all the way. This is one hell of a dry beer, it almost strips the moisture from your tongue. Very green, very bitter, and honestly, not in the best of ways.. It just seems a little too harsh. If this is the juniper and hemp I don't know, but it kind of feels like a load of hop oils were added to this beer as an afterthought...

Blue - Rainbow Quadrupel - Partizan/Mikkeller
A 10% Quadruple aged in Cognac barrels
Now I was impressed with this beer on the night, and I am more so again. Big aromas of caramel malts, wild strawberries and toffee popcorn. The taste itself is very sweet. It's got rich burnt brown sugars written all over it, it's more of a Barley Wine than a Quad. It's got a very thick mouthfeel, very syrup like, but not cloying. Surprisingly drinkable for a 10% beer, the alcohol is very well hidden. Thumbs up.

Indigo - Indigo Child - Wild Beer Co/Toccalmatto
A 8% Sour ale infused with flowers
This is a lot like a Saison blended with A Gueuze. Loads of lemon peel, stone fruits and pepper in the aroma. It has a really nice flavour to it. Lots of vegetal and mineral flavours combining to leave a tartness in the finish which slowly fades. It's sour and savory at the same time, and while it is a little thin in the body it's perfectly balanced. Nice example of a Wild beer indeed.

Violet - Empress Stout - Siren/De Molen
A 8.5% Imperial Stout brewed with black pepper
This one had me a little bemused until I read it was made with some peated malt. Things made a little more sense then... It smelled a lot like an export Baltic Porter with a good deal of black roasted malts and slate like mineral quality. The beer had a huge body to it, which I found surprisingly sweet. Lots of raw honeycomb, big on the chocolate, and the peat delivers a nice touch of oaky smokey flavours. I'm not sure what difference a five hour boil makes to a beer mind....

After trying all 7 again I'm still unconvinced on some. The thing that ticked me off on the night though was the strength of all these beers. Doesn't anyone have the balls to make a 5% beer anymore? As 7 is the rainbow theme were these brewers not allowed to dip under this mark %wise? That's why I ended up drinking a lot less than I thought I would at North Bar, because they're all ridiculously strong! And why I had all the bottles over a space of 3 days.. I truly feel it takes more skill to make a 3,4,5% beer with a great, well balanced flavour than any 12% DIPA with far too many hops in it than that's necessary.

Some excellent ideas though, I just feel some were better executed than others. And remember, these are just my opinions! I spoke to many people at North Bar about them, and many people loved them!

For me though, Rainbow Beers? I'll stick to my black and white...
Posted by Ghost Drinker at 14:53 3 comments: