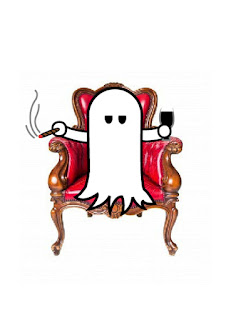 Well I hope you're all rested and well after Christmas and New Years celebrations, because there's an old foe rearing it's ugly head.

It seems Dry January is back once again, but this time I personally think they've gone a step too far with their advertising... If you haven't seen it already there's a TV advert doing the rounds at the moment to promote this most ludicrous of "months" which I take a great deal of offense towards.

In the advert itself it's claimed that by partaking in Dry January you have "One less sin to worry about". Sin? SIN?!? Since when did drinking anything become a sin?? Except for drinking dragon seamen maybe!

Being not only a religious man, but also a man who's income is based upon alcohol, I find this term which is used in such relaxed referral to be very offensive! You know what really worries me about this advert though? ..
There's plenty of idiots who watch TV...

Let's not fudge the issue. There are a lot of people in this country who have a problem with alcohol, but these people aren't who the advert is directed at! Hell, most of these people probably don't even have a TV! The advert is directed at some people who will blindly follow the rules to make themselves feel better about themselves for no real reason.

Am I being too harsh? I don't think so.. Because If we start so publicly demonising alcohol in this way and making everybody think they're doing something wrong for consuming it, how long will it be before the Temperance prohibitionist movements come back and take the pints out of your hands?!

Want to give money to cancer funds? Just do that! It's a damn good cause, but you don't need to come up with an excuse to give money or raise money!

I just read the other day that the recommended daily limits are going to be changed soon.. Hands up if you think they're going to put it up...

If you put enough crap out there about how drinking is wrong, and how it's really, really bad for you it won't be long before enough idiots follow on and call for restrictions and bans to be put in place.

Since when did you people let someone else tell what and what not to drink? These snake oil salesmen have let themselves into your lives and made you think that you need to do what they say. Drink what ever the hell you want, just do it in moderation. I've seen this Try January thing going round at the moment. At least some people out there have some sense and don't want to see the fun/relaxation/joy/jobs/industry/fucking beer taken out of the common mans hand.

Just have a bloody beer, it's a miserable enough month already!
Posted by Ghost Drinker at 15:21