Can too much choice be a bad thing? 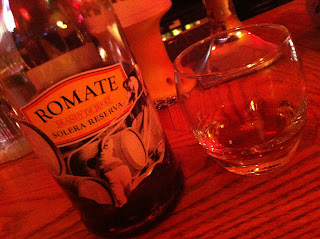 It's a question that's been floating around my head for a while, and is something that popped in specifically last night whilst I was trying to choose a good Brandy. I can't remember if I've even had a decent Brandy before, I'm pretty sure I haven't, or at least not knowingly anyway. I ended up going for the one pictured to the right.

Back to the Brandy later, but now onto the subject of choice. It's far too often I hear these days; "There's too much choice, it's impossible to decide!"

My first thought or want of a response to this statement is "Well that's because you're an indecisive person who doesn't actually know what they want..." but this response is only thought of because it's a statement I've heard so very often. These statements aren't actually from people who don't know what they want at all. They know exactly what they want - beer! But when you've only seen what the average pub or supermarket has to offer all you life and you step into a shop which sells over 600 different beers you've never seen before, what are you supposed to say?!

Coming from someone who doesn't drink much (if any) wine, I can't say how crazy I find it to pick out a bottle of wine as a gift for someone when looking at the mass of selections on offer in any wine merchants or even supermarket. I had the same problem with the Brandy the other night.

This is where I ask for assistance though. I don't just state "There's too much choice!" and leave with the most recognised label on the shelves... I ask an employee who knows more about the subject matter than I do to advise me. The only problem facing the person looking at 600 beers they've never seen is that they don't know about the beer!

This is what it's all about - Education. It's all well and good having the biggest selection of beers in the country, but if you've not had any of them and don't know what you're stocking, then how can you sell it to your customers properly? If you know about what you sell, which I can unashamedly say our Beer Ritz team do, then you can talk to your customers about the products, engage and let people leave with beers that you know they'll love instead of just another four pack of Fosters. I didn't have a clue what to order when it came to my Brandy last night, but I asked and was given the low down by someone who did know, and came away with a very delicious tasting drink.

The places where choice is abundant are becoming less so these days. Is having a limited choice everywhere something that seems more appealing than having to take a couple of minutes to make a more discerning choice?

Is too much choice a bad thing?

Of course it's not! But you're going to need to be able to sell that choice to people.