What Happens on a Beer Ritz Xmas Do.....

....Stays on the internet!
You may think the 3rd of January to be a bit late to be having a staff Christmas party but trust us, this year we were very organized and the 3rd was very early for us!
So there we were, 5 beer renegades, on Leeds station platform, waiting for the 7.40 train to where? but where else - one of the best pubs we know of. It's only the Grove in Huddersfield!! Don't believe the quality of this pub? well read on good sir... 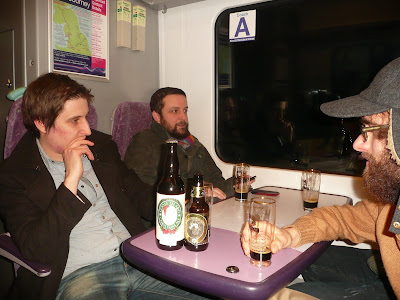 Being loutish as we are the train journey had to be accompanied by beers so roll on Goose Island Christmas beer and Old Rasputin Imperial stout to get us in the mood :)
On arrival at the Grove we were welcomed by pumps of beauty; 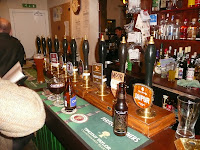 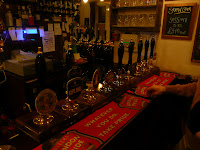 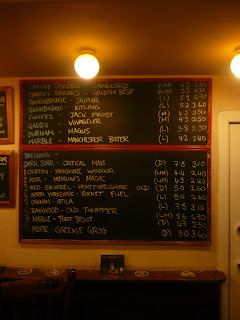 The Grove has two main bar areas with many keg and cask options. We started out with a variety of samples. 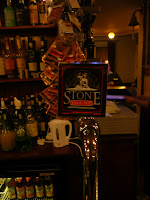 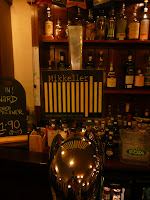 After wetting our appetites it was time to go a little more hardcore! 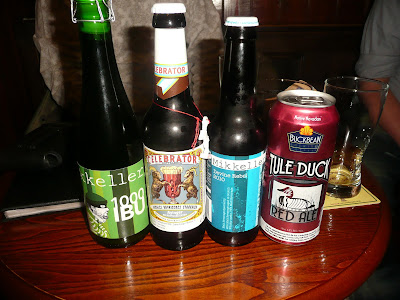 Round 1: - Bourbon barrel aged Mikkeller 1000 IBU's
- Celebrator Bock
- Mikkeller/Brewdog 2010 Divine Rebel
- And a (not very nice) can of red ale from Nevada
After that it was time for some quiet contemplation. And time to take in a little artwork. 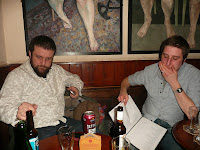 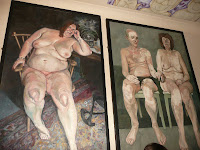 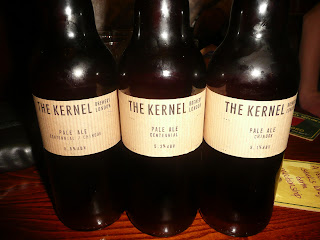 Three Kernel beers, one hopped with centennial, one hopped with chinook and the last hopped with both. We tried to make educated comments on how the different hops imparted on the beer and make comparisons, but we were thirsty and this was good beer!
Next we had a little treat as the very kind staff members at the Grove allowed us to take a little tour of their cellars and all the goodies which lay within. We were suitably impressed. 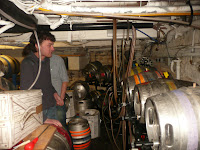 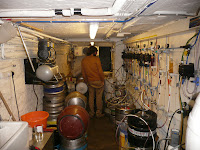 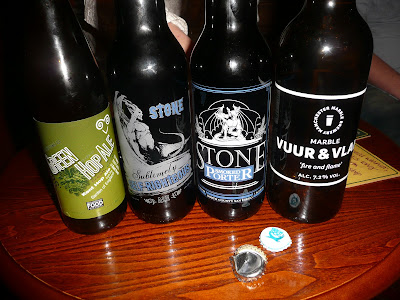 - Some green hopped ale from Gadds
- Stones Sublimely Self-Righteous Ale
- Stones Smoked Porter
- Marble Vuur + Vlam
Indeed tasty stuff was being had all round, the Self Righteous made some big impressions and was the clear winner for that round.
So roll on round 4.... 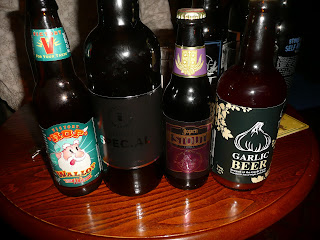 -Victory Hop Wallop
- Marble Special Utility IPA
- A crazy (Danish?) export stout
- And a garlic beer (and yes I didn't like this one, It had a whole clove of garlic at the bottom!)
Time ticked on and we became merry indeed. After a few more pints of interesting things (cask 7.5% Darkstar beer, and 8% Moor beer - couldn't remember names at this point) it was time for some finishers. 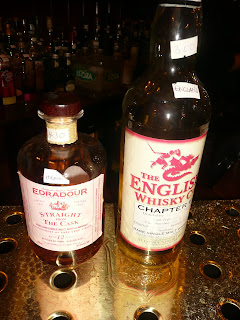 For me that had to be some Cask strength Edradour aged in Chateauneuf du pape casks, and the new 3 year old all English Whisky - very impressive stuff! For others it was more beer.
After being nice and rowdy for the best part of 3 hours at the Grove, unfortunately like any other pub they have last orders at 11 :(
They do however allow you to take away bottles, So roll on take outs... 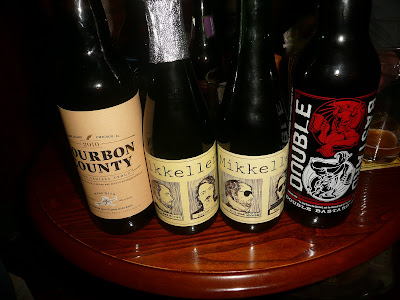 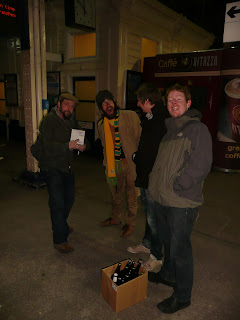 It was back to the station with our spoils after that. 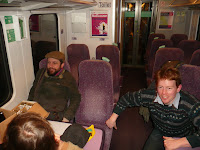 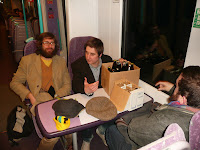 .... And of course more beer on the train home, which had to be more bottles of Stone's Self-Righteous Ale :)
The train pulled up in Leeds and we were back, whew...what a trip! Now the story ends not there though, as it was still rather early for a couple of us. Jeff, Tom and Zak all agreed they were suitably drunk enough and decided it was probably for the best they headed home, so we said our fond farewells and they were bundled into taxis.
I had a look at Rory and just said 2 words to him; 'North Bar!'.... He agreed, and they were o so happy to see us! 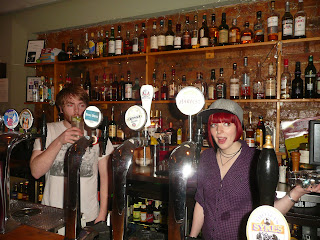 Time for a bit more beer then, Roll on the final round..... 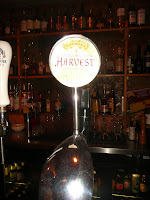 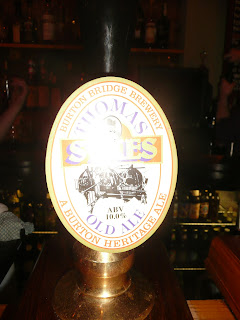 Now my photo skills weren't the best at this point but you can just about make out Sierra Nevada Northern Hemi Wet hop ale, and some crazy 10% Burton Old Ale that took us away into the night... Ahh Bliss!
So that was it for the night. Grove - One of the best pubs I've ever been too and I'm sure we all agree if you've not been you have to go. Surprisingly no mad, crazy or embarrassing tales to tell. We were pretty well behaved! We must be growing up, at last. So from Tom, Jeff, Zak, Rory and the Ghost we will bid you a goodnight, because we won't be awake for a couple of days!!
Posted by Ghost Drinker at 09:52