Here There Be Dragons! 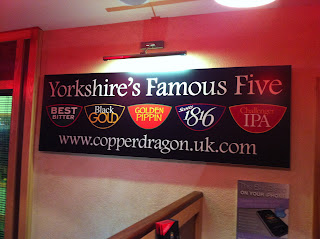 A couple of days ago, a few of us home brewers took a trip to visit the Copper Dragon brewery in Skipton for a nice little tour, a couple of drinks, and some prize giving for our home brew competition. I got there a little late but still had a great time being showed around the plant by brewer Rob. There was not as big a turn out that I'd hoped there would be, but I guess some might have been a bit beer-ed-out the day after the IndyMan beer festival had closed... Oh well.. their loss.. 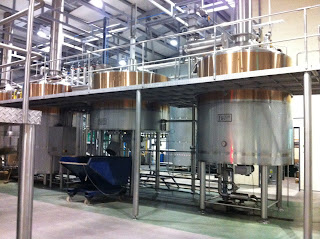 The brewery itself is an impressive beast. At only a few years old it's still a very shiny beast too! They have a 90 barrel brew length kit (can it still be called a 'kit' at that size?!?) which is just about 7500 litres - that's a lot of beer! 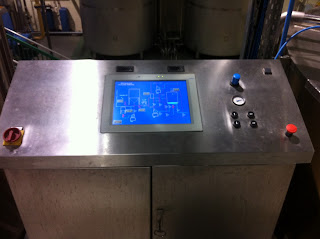 It was interesting to see how the brewery is operated. The control panel above (Captain Rob's Helm) is pretty much where all the magic happens. Hard to believe you can brew 90 barrels of beer without having to move too far from a A4 sized screen. With no one having to shovel out mash tuns as well it all sounds rather civilized and relaxed! 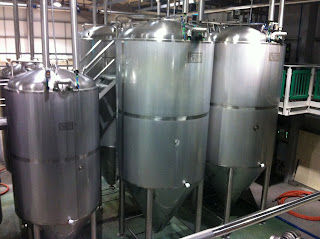 It's very clear if you get to talk to Rob that he's a very passionate man when it comes to beer. He has some big plans for future brews, and I for one can't wait to try his specials as they come out. Be on the look out for a winter special and possible CDPorter. At the moment they have 4 large fermenters (5000 litres each) and 8 smaller ones... this is soon to change to 12 large fermenters so production is certainly set to increase. 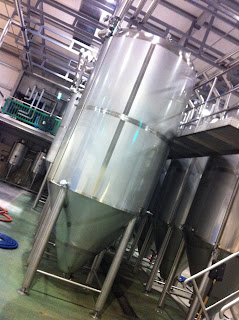 I think some people tend to forget sometimes that the slightly bigger breweries can, and do, still make fantastic beer. They're not really the bad guys here. Not the boogy man, or the monstrous faceless co-operations. If you get a pint of Golden Pippin served correctly, it's a thing of beauty, and in my opinion, encapsulates a fantastic example of a 'Proper Yorkshire' pint. 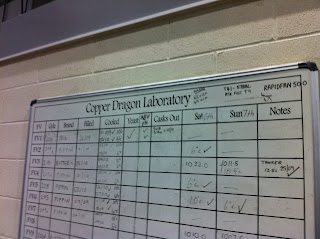 Copper Dragon has a heart and a soul, and on a cold autumn night in Skipton it was showed to us that it is warm with a fiery passion for making great and consistently great beer. It's not a gamble when you buy a pint of Copper Dragon. Unless it's the end of the barrel you know what you're going to get - plain old good beer - that's something that should be praised. 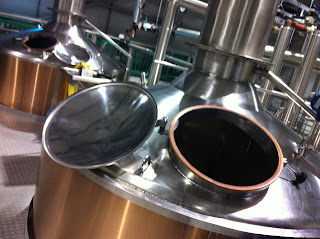