I was having a conversation with a friend the other day about IPA. He hadn't really tried many, just a couple for a starting out beer geek, but we still managed to have a good chat on the subject. He asked me what I thought of beers like Green King IPA and others in that sort of range, and while I said that they were kind of IPAs and not IPAs, we didn't really come to much of a conclusion to the conversation - such is the way with beer - It's always open ended. (which, to me, is a good thing) 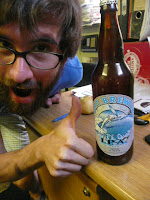 It did make me think though about the modern day beer world and where IPA fits into it.

When you look at a modern day IPA what do you think of? What would be the most obvious that comes to mind, or which would you consider most traditional, or the best? It's a very tough call to make, look at the (very small) list below:

Ten different IPAs. (some may or may not be in your opinion) But not one of them is the same. They all have big differences to them - their own personalities, their own qualities. Some are bottle conditioned, some are not, some are hoppier than others, some are stronger than others but they're still all IPAs. Does IPA still only stand for a beer that's highly hopped, and stronger than usual? I think not. 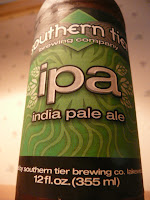 Things get more confusing around the subject of IPA when you look at all the varying sub-styles and extras that can sometimes go into the style. For instance; Double IPA, Extra IPA, Imperial IPA, Black IPA, Red IPA, Rye IPA, Wet Hopped IPA, Belgian IPA - these are just a few of the ways IPA has been treated over the years, and it's hard to say if it's helped or hindered IPAs style in some people's minds.

Is it any wonder that someone who's just beginning to get into good beer and IPA as a style (like the friend I had the conversation with) might be a little confused about the way us beer geeks see IPA. They might also see IPA as a confusing beer style, and as it's so vast, maybe a little daunting as well.

I'm not trying to call for IPA to be unified here. I'm not going to try and lay down some Reinheitsgebot rules on what IPA must be, and if it differs from the rules then it can't be called as such - that's a very restrictive and damaging view. And we could argue about that set of rules for an age as well. At the end of the day, we already argue about the style enough, and is that really getting us anywhere? Instead of arguing, why aren't we educating? 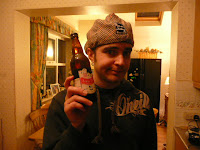 What I'd love to call for is a bit more of an open mind when it comes to IPA. I'd love to see more of an understanding that in this modern age, it's a very broad style which contains many branches of IPA, but they all stem from the same style tree. You can look at all these new great breweries popping up everywhere, is IPA going to get more restrainable? No, it will become more diverse as more brewers create their own versions of IPA. This shouldn't be seen as a bad thing - it's just the new thing.

There are so many interpretations of IPA and variations on the style these days, how can one description, or individual specimen, be the definitive and end all to the style? It can't, it would be impossible.

After all, it's the brewers who are producing the IPAs. They produce them to their own recipes and interpretations. If they choose to put the label 'IPA' on their beer, they must have a good reason for it. It's their choice, and I don't think it should be for us to tell them otherwise, it's their product.

Is IPA still IPA? I don't really think so. I think it's evolved into a vast and accommodating style of beer. A style of beer which should allow all who want to be included, to be included - and nuts to the odd beer historic fanatic who says otherwise. This isn't the late 1800's anymore, the style has moved on - like a lot of things.

Long Live IPA. Next time you want to argue that it's not to style, remember the four words of the bottom of this IPA can: 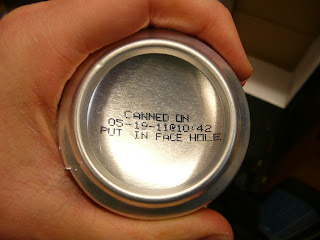