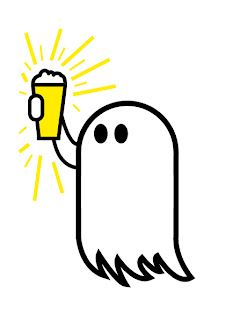 Pub/Bar of the Year
Winner: Arcadia
Runner up: The Rake

Supermarket of the Year
Winner: Waitrose
Runner up: Morrisons

Online Retailer of the Year
Winner: My Brewery Tap
Runner up: Beer Merchants

In 2012 I'd Most Like To:
Brew some beer with Zak Avery whilst drinking a 4 year old bottle of Dogfish Head 120min IPA.

Open Catagory
Biggest Sellout of the Year: Cooking Lager >> We thoroughly miss his postings about raiding supermarkets for cheap lout and spending evenings with his squeeze. Now he's just another beery geek :(
Posted by Ghost Drinker at 13:50