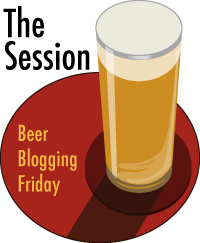 As I'm sure you've heard this month's Friday Session centers on 'The Beer Moment' which is hosted by Pete Brown.

When I first thought about it, all I wanted to say was, the beer moment for me is, the first beer of the evening after a long working day. There's nothing better than that. It really takes the edge off. It doesn't matter what you're drinking, where you're drinking it or who with, it's just so damn good.

I thought about it a little more though, and I guess there are special 'beer moments' which you'll always remember for specific reasons. A couple of my examples will be;

- My first trip to GBBF. The first thing that was handed to me, after a very long (hot) journey, was a glass of cold Alt beer from Zak (it was rejuvenation personified!)

- The first time I ever tried Thornbridge Halcyon.

- Drinking beer and shooting the breeze with Garrett Oliver.

- Brewing with Stu at Crown Brewery.... whilst rather tipsy.

- The first time I tasted a drinkable homebrew I had a hand in making.

- Drinking Ale in a beach side shack in Florida. When I responded "a big one.." to the question of "Would you like a big or a small glass?", I was then asked if I would like another free, as it was happy hour. God Bless Happy Hour.

- Drinking De Molen Imperial Stout out of a giant Bruichladdich cask at GBBF.


These of course, are just the personal beer moments of a big beer geek. I still maintain that the one beer moment that will live on forever, is that first pint (or whatever you fancy) after your shift. 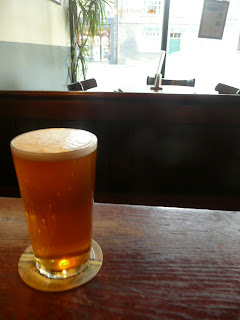